The Transfagarasan mountain road or national road 7C is one of the most spectacular roads in the world. It is 90 km (56 miles) long and is located in Romania. It runs through the Fagaras mountains (trans + Fagaras), a part of the Transylvanian Alps. The road connects Transylvania with Muntenia. The Transfagarasan starts at Bascov, near Pitesti. It follows the valley of the river Arges and after mounting to the highest point, it descends to Cartisoara in the Olt valley, where the road ends. 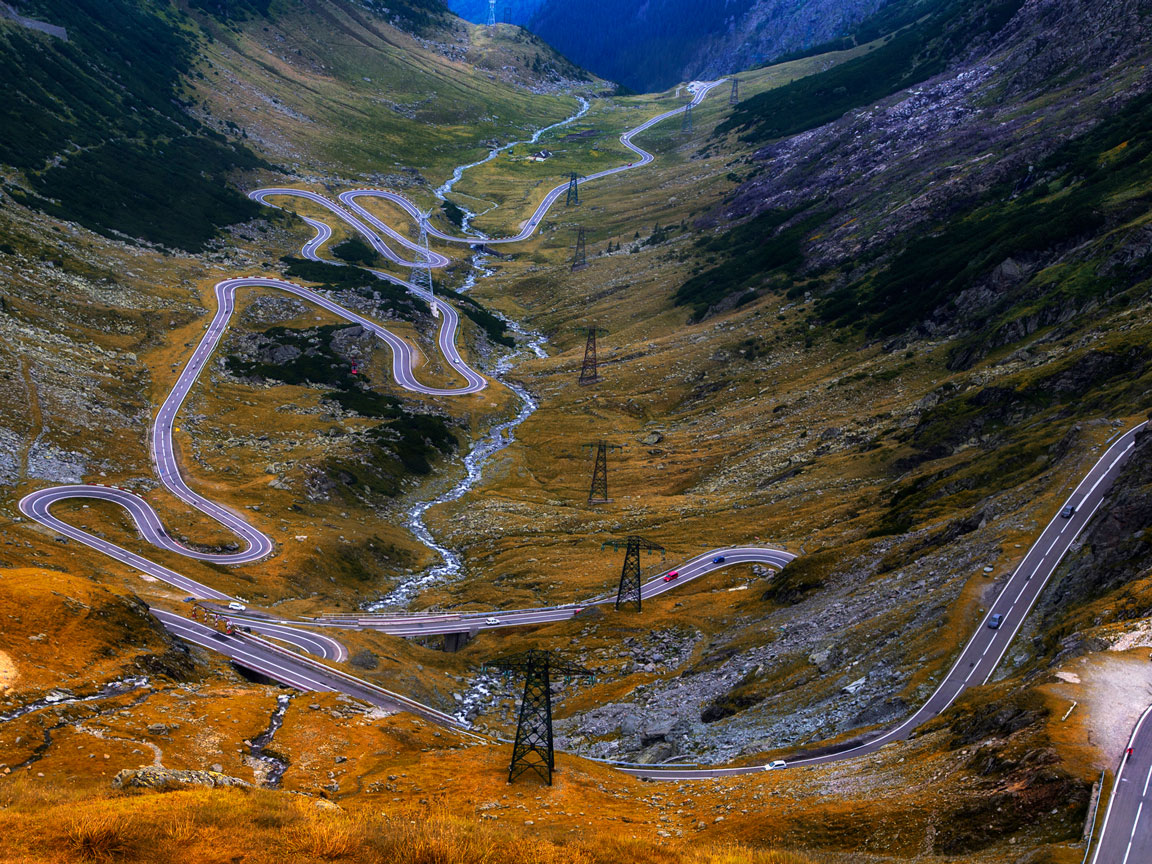 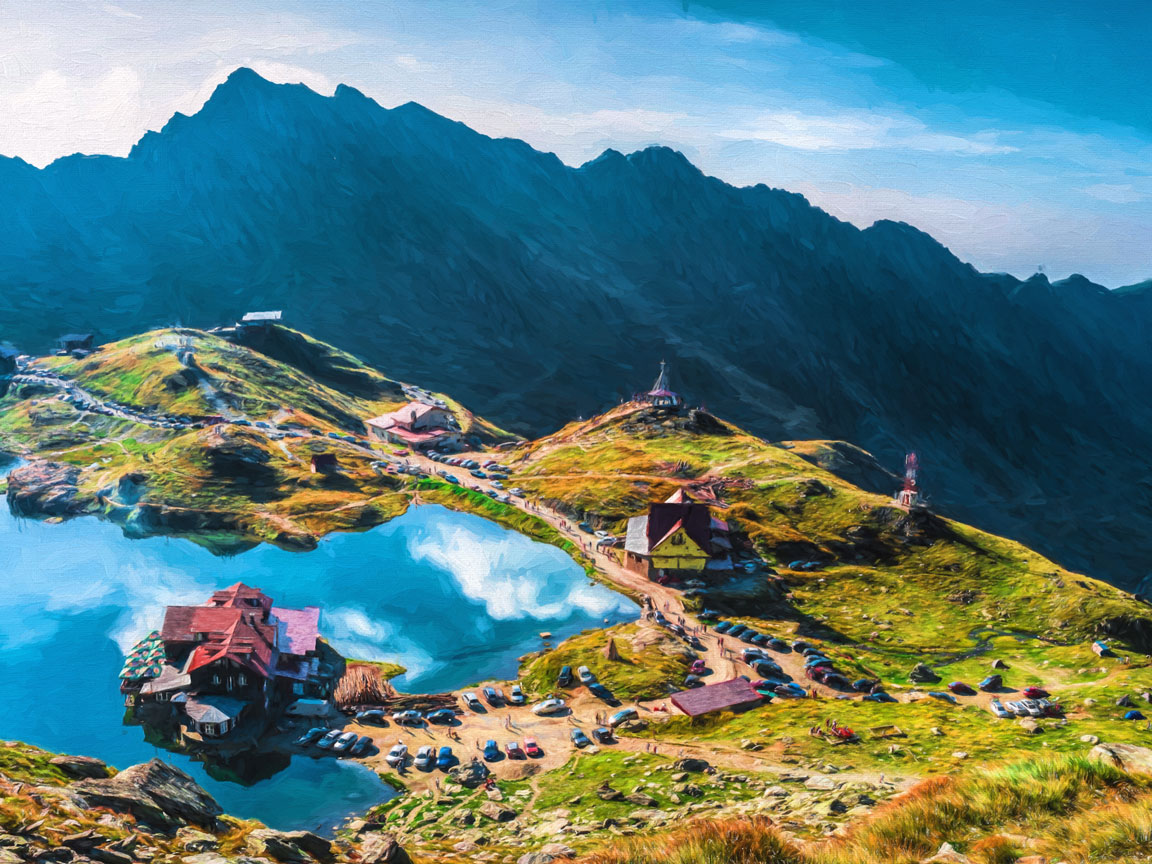 The origins of Sighisoara city go back to the Roman times. During the First Century AD, the Dacians (ancient inhabitants of the territory of modern Romania which eventually will develop into the Romanian people), built a fortification called Sandava. Sighisoara (Schäßburg - Schassburg or Schäsbrich in German) still stands as one of the most beautiful and best-preserved medieval towns in Europe. Designated as a World Heritage Site by UNESCO, this perfectly intact 16th century gem with nine towers, cobbled streets, burgher houses and ornate churches rivals the historic streets of Old Prague or Vienna for atmospheric magic. It is also the birthplace of Vlad Dracula, also known as Vlad Tepes (Vlad the Impaler), ruler of the province of Walachia from 1456 to 1462. It was he who inspired Bram Stoker's fictional creation, Count Dracula.

Sighisoara - Viscri - Cartisoara. In Viscri there is a well-known medieval weather church, Prince Charles also has a home here. The road runs hilly along Carta, where the ruins of the most eastern Cistercian abbey lie, at the foot of the high Carpathians.

Cartisoara - Curtea de Arges: The queen ride of this bike tour on the Transfagaras pass, 2034m, the most beautiful mountain pass in Europe according to Top Gear. We end the ride in Curtea de Arges, in the cathedral of this town most members of the Romanian royal family are buried. The Transfagarasan rises to a height of 2134 meter and has sharp hairpin turns, a challenge for every driver. The road is often closed from October till June due to the snow that is blocking the road. Sometimes the road can be open as late as November, but on the other hand it has been known to snow as late as August so it's always good to check ahead of time on the weather and road conditions. The Transfagarasan runs through the Arges River gorge. After travelling beyond the last village, Capataneni, you'll see a road sign to Poenari Castle. This castle was property of Vlad III the Impaler. Vlad earned his nickname by impaling, torturing, burning, skinning, roasting, and boiling people who did things that displeased Vlad; stealing, lying, and adulterous relations. In this way Vlad kept his people in order and taught them that stealing would not be tolerated in his lands. Bram stoker's Dracula was based on his personality. When you look up on the mountains you can see his fortress on the top of a high and remote cliff. It will take 1480 stairs before you reach the top, but the view is certainly worth the effort.

Ramnicu Valcea - Ladesti - Berbesti - Costesti: This ride is the last with more than 1000 altitude meters!